Rock drummer extraordinaire Neil Peart died today, the backbone of the band Rush.
Members of Rush saw Cream play at Massey Hall in Toronto in '68, and the inspiration Cream gave them later became obvious.
Rush was a power trio, all three could sing & play tremendously well, and they were led on vocals by their bassist,
Geddy Lee, much like Cream was with Jack. Neil thought Ginger to be a great drummer and an inspiration to him,
as he stated in interviews. Wow - we lost Ginger and Neil over the span of a few months.
Both of them were two of the greatest virtuoso players - monsters behind the kit with complete control.
RIP Neil. RIP GInger. 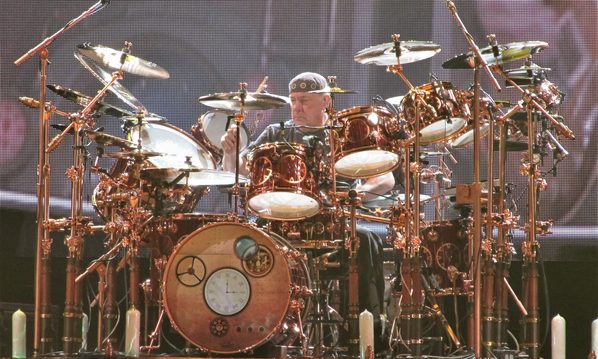