Cream is good at a number of things; unfortunately song-writing and recording are not among them. 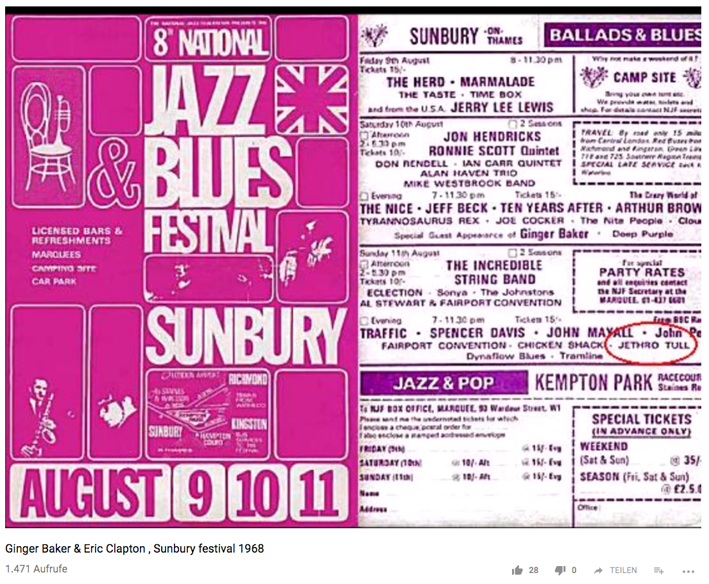 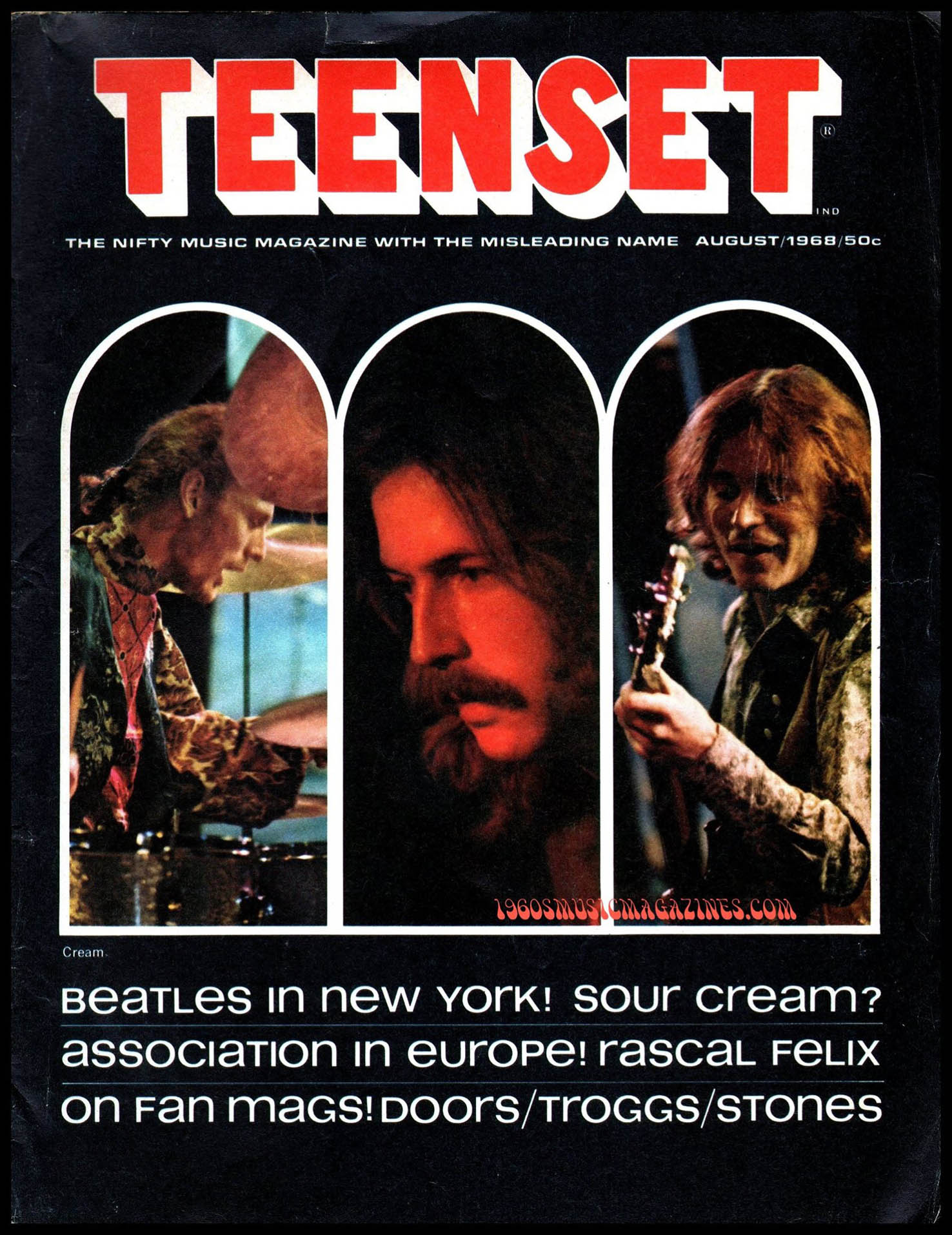 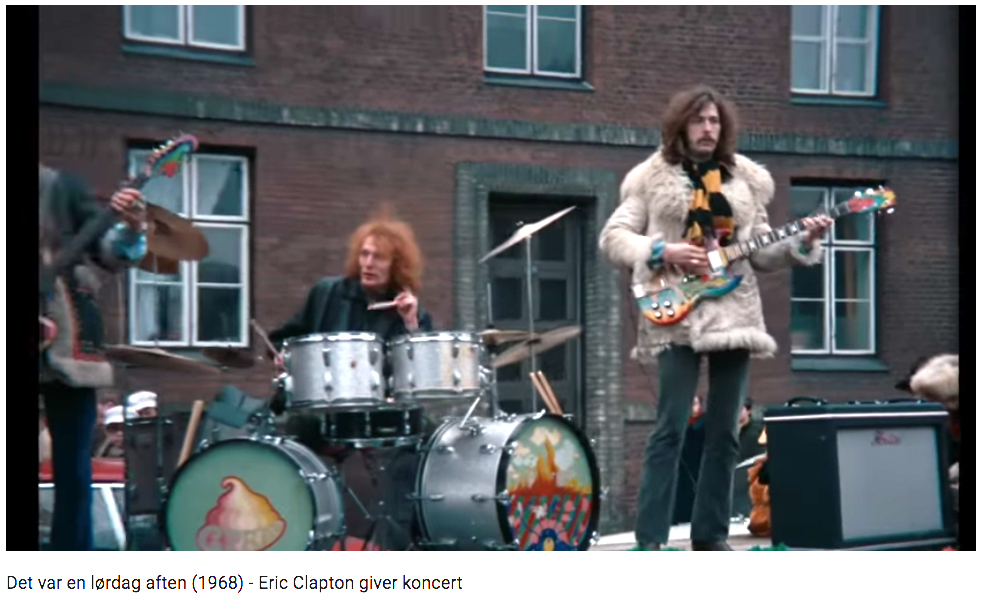 It was a bittersweet occasion for me to see Cream in Oakland, the first stop on their Farewell Tour.
At the time, I focused on the good, rather than the regret, so I enjoyed it thoroughly.
The usual 3-hours-each-way did not daunt my spirits, if it was a bit edgy due to the famous SF Bay Area traffic.
It was annoying even in those halcyon days of yesteryear, when things weren't so eroded. Those were the days. Even the music was better.
Digression over!
I had an excellent seat, third row, right in front of Jack.
An advantage of the Coliseum over Winterland was the lack of a light show.
Bright lights were not atmospheric, but it was important to me for photographic reasons,
as I wanted photos at least as good as the ones I had been able to get from the March 9th show.
Mixed results, as there are more salient ingredients to satisfying photos than merely strong lighting.

After the other bands (The Collectors and It's A Beautiful Day, I believe) were out of the way -- really, who cared?
- we sat waiting about while amps were moved around and Ginger's Ludwigs were set up and nailed down.
Loved that. It was fun to see people setting up and checking all that impressive stuff, just for the three of them.
(By the way, no disrespect meant to the supporting bands. I'm no musician, but then, they may have felt a little weird, themselves.
"What, share the bill with Cream on their Farewell Tour? How much money do we pay you?")
When all was apparently ready, the house and stage lights all went out.
The only visible lights were "EXIT" signs and the amp jewel lights. Weird, all that dark. We got very quiet.
Weird, everyone sitting there in the dark. There were some thumps and clunks and a few people
passed back and forth in front of the amps. Suddenly, the full stage spots went on and at the precise same instant,
Cream slammed into the opening notes of "White Room." POW! It was a shocking and exciting start,
which I never saw again at any other venue or occasion. In all, the show was a little rough and messy,
but they gained strength and coherence as they went along. Notes to follow are mostly my responses to the bootleg, as I remember only so much.

White Room - The starting wah-wah song Eric liked to do. He probably figured it was forgiving,
and he got it out of the way, both at once. Ginger excellent, Jack's vocals a bit forced and rough,
Eric a bit tentative. Actually a weird, creepy song, full of eerie wailing, forboding and hopelessness.
A fair performance, but I always preferred Tales.
Politician -- good, though not nearly so good as the Live Cream performance.
They seem to relax into playing together, though Jack still seems to be pushing excessively. You've got it up quite loud, right? Doesn't really work, otherwise.
Crossroads -- once EC catches, it ignites pretty well, but he clearly no longer wants to approach the frantic pace of the seminal WOF performance. Darn.
Sunshine of Your Love -- a good, strong, roughshod version. Eric kicks it pretty hard, with some interesting choices.
He strangles a few notes, sprinkles in a few almost-not-bent-at-all notes, and progressively-harsher chording, all to great effect.
I can hear why people thought this was on the Firebird. That sound had to be a byproduct of how it was recorded.
The show wasn't nearly so loud as the Winterland shows had been.
Maybe they were recording off of one amp turned down and used only the other Marshall for the main volume-generation.
I dunno. I do NOT remember the tone being that way. Is Bob (Adcock) here? Hello, is this thing on? Eric slams into the solo powerfully,
and Jack supports so well that between the two of them it often seems that there are two guitars and a bass. A terrific,
massive surge at the turn in the middle, a churning monster, then charge down to the wrap.
Eric puts a stop to the instrumental break with a weird, ferocious lick and the thickest, heaviest chording back into the structure.
This is so much better than the first few songs it seems like a different band was there, but now Cream had showed up. Yay!! I'm tired now...
Thank you, thank you very much. 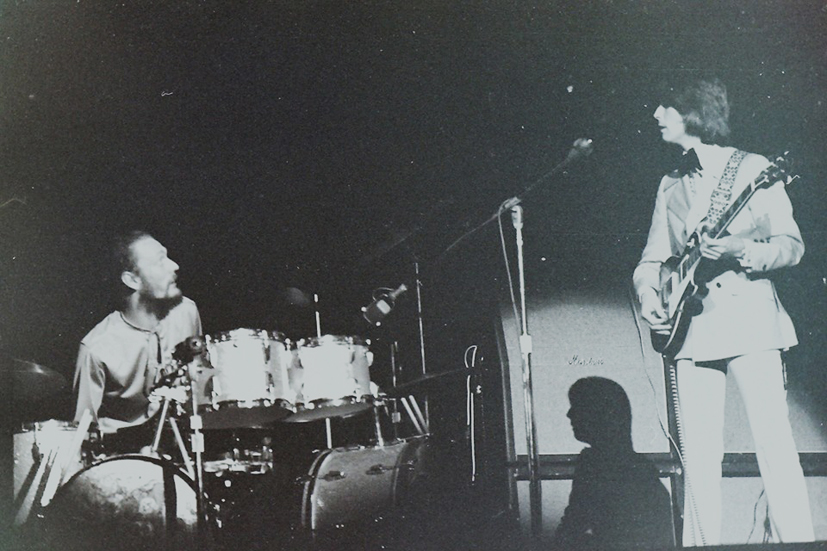 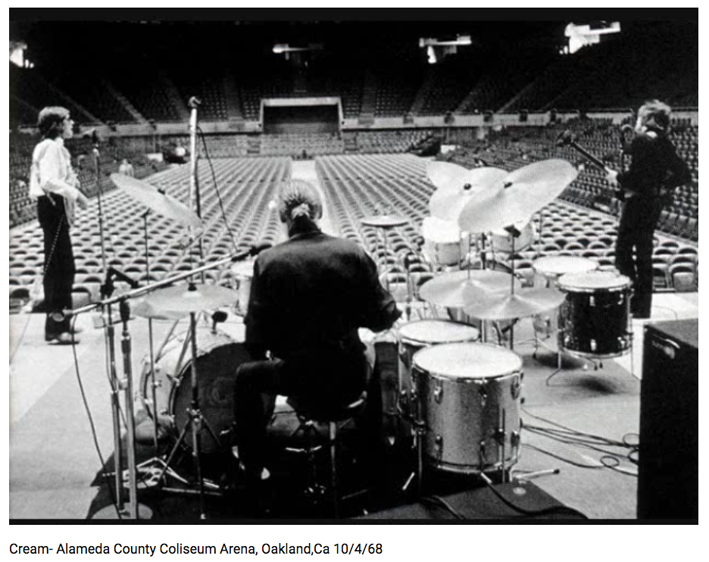