Heute in New York. God is in "The Garden". SOLD OUT! 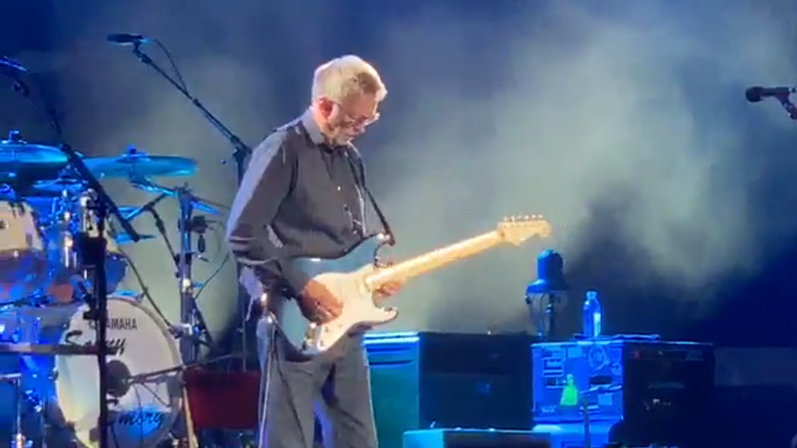 Schönen Sonntag
Gruß
Layla
“When the power of love overcomes the love of power, the world will know peace.” (Jimi Hendrix)
Nach oben 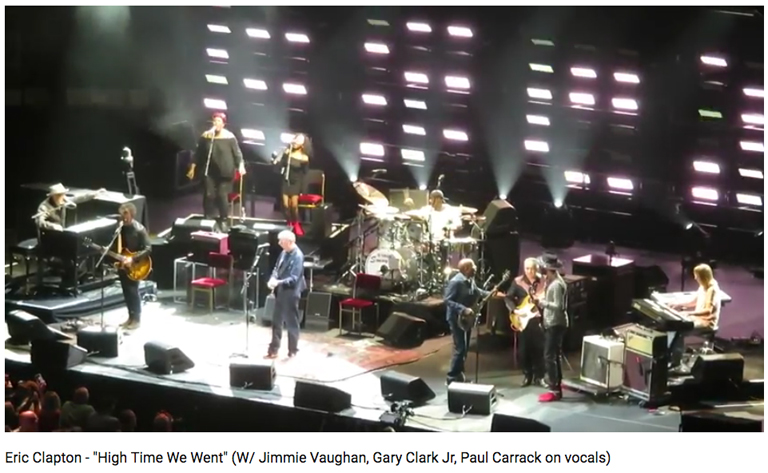 Eric in "The Garden".


6th October 2018 - Eric Clapton @ Madison Square Garden New York. A superb show! Eric was in a good mood and promised not to talk when he sat down for the acoustic set apart from saying a few thank you‘s and thanking us for coming to the show! Love his very British humour! He then also mentioned his friends (and supporting acts) Jimmie Vaughan and Gary Clark Jr. and said he could not have done without them. Eric‘s good mood also showed in his playing and he stepped out of the comfort zone more than once, especially on I Shot The Sheriff where he used fingerpicking style, except for the main solo. He rarely plays fingerpicking style on electric guitars contrary to the acoustic ones. He also rendered the Crossroads intro that way and parts of the Little Queen Of Spades intro. Layla stood out due to Doyle‘s contribution. He did a brilliant job throughout the show and the entire band has to be praised for their excellent teamwork. White Room was fantastic, too. As for the setlist and to justify the ever increasing ticket prices, a little change would do Eric good but that’s always wishful thinking from my part and it was definitely too early for playing Christmas songs from his new album! There was an outpour of love from the audience which was heartwarming. It is a blessing that Eric is still playing for us and a good sign that retirement is off the cards again. A mini-tour in Germany/Austria has already been announced!
Eric Clapton - guitar/vocals, Chris Stainton - keys, Paul Carrack- organ, Nathan East - bass, Sonny Emory - drums, Sharon White and Sharlotte Gibson - backing vocals
http://www.ericclapton.com
Special guests: Jimmie Vaughan and Gary Clark Jr. who joined for the encore High Time We Went
Nach oben