The line up reflects the enduring influence of Bert Jansch. Eric Clapton
is set to perform, while Bernard Butler - once of Suede - is also set to
pay his respects.

Folk icon Martin Carthy will take part, while Roy Harper, Donovan and
more have been confirmed. Fittingly, original members of Pentangle
(including Terry Cox, Jacqui McShee, Danny Thompson) are also due to
perform at the venue which housed the band's first ever show back in 1967.

All proceeds from the show will be given to the Bert Jansch Foundation -
a charity set up in memory of the guitarist's 70th birthday (November
3rd).

The concert will be filmed, with elements to be used in a BBC4
program due to be broadcast in early 2014. 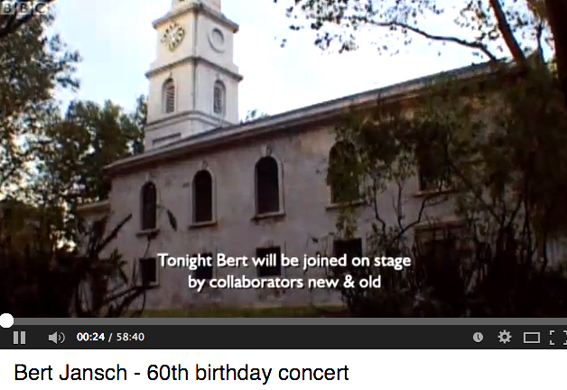