“Bill Withers was on of the heaviest cats to ever be thrust onto the music world- and either he didn’t know it, or he humbly downplayed its’ significance. If ever there was honest human emotion, being translated into honest words, delivered by an honest voice, Bill Withers was the vessel. I can’t count the times I sat listening to Bill when nothing else would do. Times that call out for the power of music to cut into your soul and take no prisoners. Often times after listening to Bill in these situations I would have to turn the music off afterwards as following Bill would be pointless. The cleansing had been completed.

Maybe it has something to do with Bill being from an unlikely or less obvious place like West Virginia. We don’t think of our great soul singers as being from West Virginia but Bill wasn’t just a soul singer. He was a poet, a folk singer, a composer, a hybrid of elements that included even a bit of country twang. I enjoyed listening to him talk almost as much as I enjoyed hearing him sing. Maybe it’s because I’m from North Carolina and both West Virginia and North Carolina being “mountain states” I could relate to the “high lonesome” or in his case “low lonesome” connection that runs through Appalachia. Regardless, I felt something from the first time I heard his voice. Something soothing and relaxing, something less acrobatic and “attention drawing" than most soul singers and, looking back, it was the honesty shining through. No pretension or drama in his delivery- you got the feeling he was singing the same way on his records or to a sold-out crowd that he would in his bedroom.

Which brings us to the songs: Another thing that separates Bill from most artists is the songs- not only the amount of great songs he wrote but the diversity that’s represented by each one. Who else would or could write Use Me and Grandma’s Hands, Just The Two Of Us and I Can’t Write Left Handed, Harlem and Hope She’ll Be Happier With Him? And of course, in my lifetime there’s been many times when America, or the South, or the World needed an overall message, and Lean On Me seemed to sum it all up. Now is one of those times and, sadly, we no longer have Bill. I guess we’ll have to lean on each other."- WH 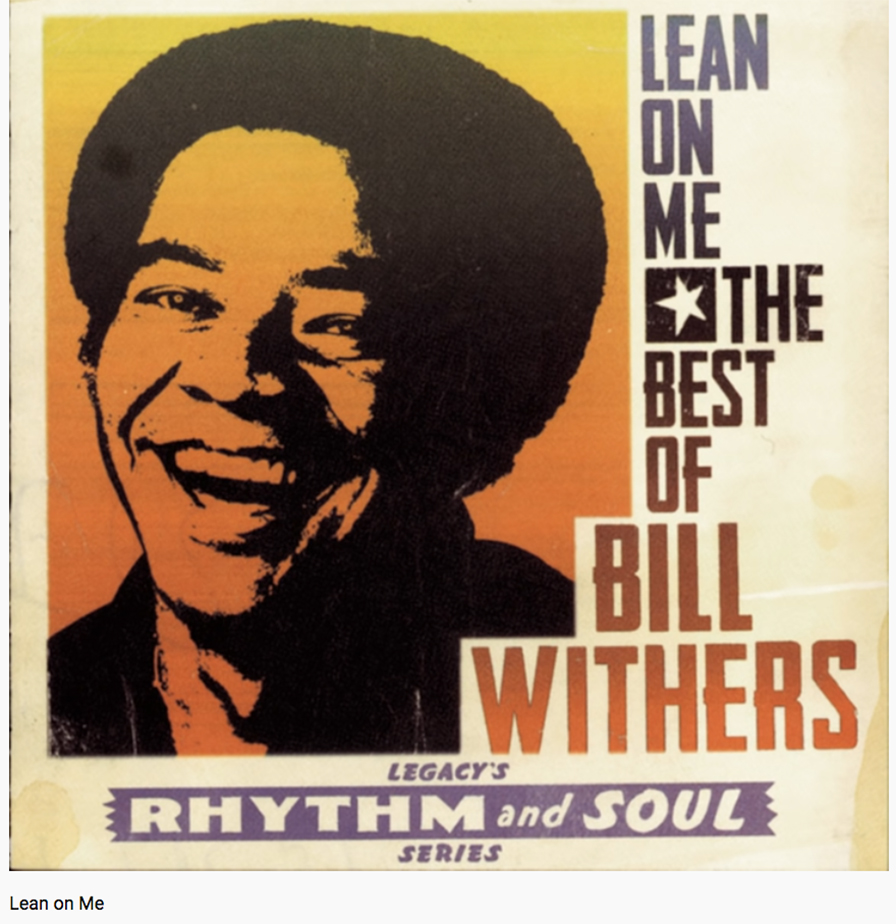 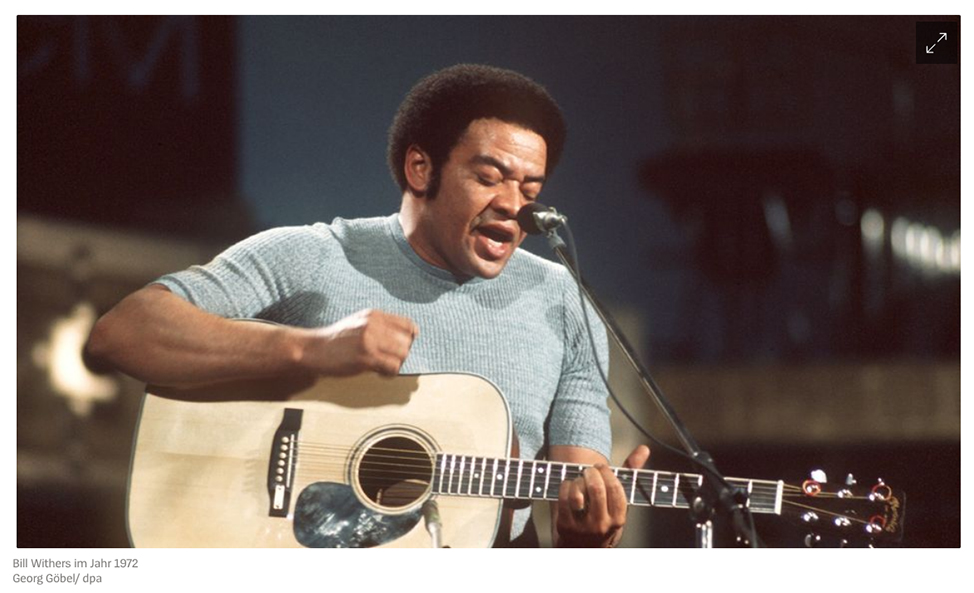