“Toots” was, in my opinion, the greatest Jamaican soul singer. I say that not to downplay his immense role in the creation of Reggae music- he coined the term Reggae- but to point out that as a singer his voice stands among the giants like Otis Redding, Ray Charles, Solomon Burke, Jackie Wilson, Sam Cooke etc. which is not to say that the other Reggae giants weren’t great soul singers in their own rites as well, but Toots was the "real fucking deal”. Hearing him sing, were it not for his Jamaican accent, he could have been from Macon, or Memphis, or Muscle Shoals. Which is not to mention his vast contribution as a songwriter. Artists like Bonnie Raitt, The Clash, Keith Richards, The Specials, Eric Clapton, Ben Harper, Willie Nelson, Robert Palmer, and of course Gov’t Mule and the Derek Trucks Band are just a few of the many artists who have covered Toots’ songs.

I consider myself fortunate to have recorded with Toots a few times and performed with him even more. My mind goes back to the Beacon Theater- NYE 06/07 when Gov’t Mule performed an entire set with Toots which we would later release as a DVD/CD package lovingly titled Dub Side of the Mule which also features, among others, Gregg Allman, another great soul singer. That night stand out as a special evening in a long list of special evenings I’ve/ we’ve had at the Beacon Theater. My visual memories of that performance will stay with me forever as will the other experiences I was lucky enough to share with Toots, including his singing on our record Shout!, and when he sat in with Gov’t Mule and we were supposed to play Otis Redding’s I’ve Been Loving You Too Long but Toots started singing I’ve Got Dreams To Remember—lucky we knew that one too—and when we played on the cliffs together in Negril, Jamaica. These are all experiences I’ll never forget.

About 30 seconds after getting the word that Toots had passed I was on the phone with my compadre Gordie Johnson who is one of the biggest Reggae aficionados I know and who also joined us that memorable NYE at the Beacon (for just that reason). He and I have very similar musical tastes and philosophies and have learned a lot from each other in addition to the multitudes of great artists in so many genres that came before us, one of which was Toots Hibbert.

During the recording sessions that would become Shout!, which Gordie co-produced, we were rehearsing a song that Danny Louis and I had written called Scared To Live. Upon hearing it Gordie said something along the lines of “Hey fellas, I know you’re gonna think I’m crazy but you know this would make a great reggae song.” At first we thought 'yes, he was crazy' as the song in its’ original form did not resemble a reggae song at all. Never scared to go down a rabbit hole however, we tried it and, lo and behold, it became a reggae song. Shortly afterwards Gordie suggested contacting Toots to sing the alternate version of the song. Am I ever glad that we did?

I’m gonna miss Toots but the world of music is gonna miss him even more. As I stated earlier, we have lost another giant.-WH 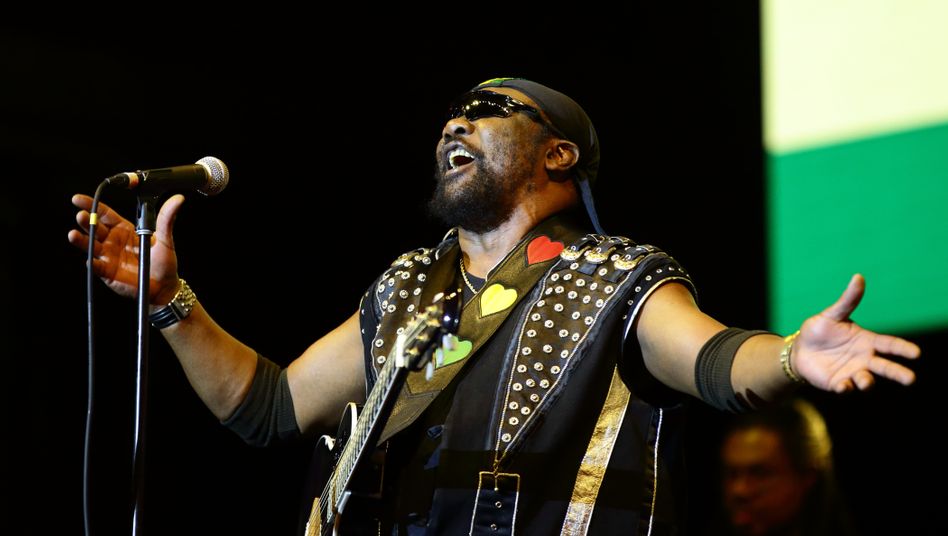