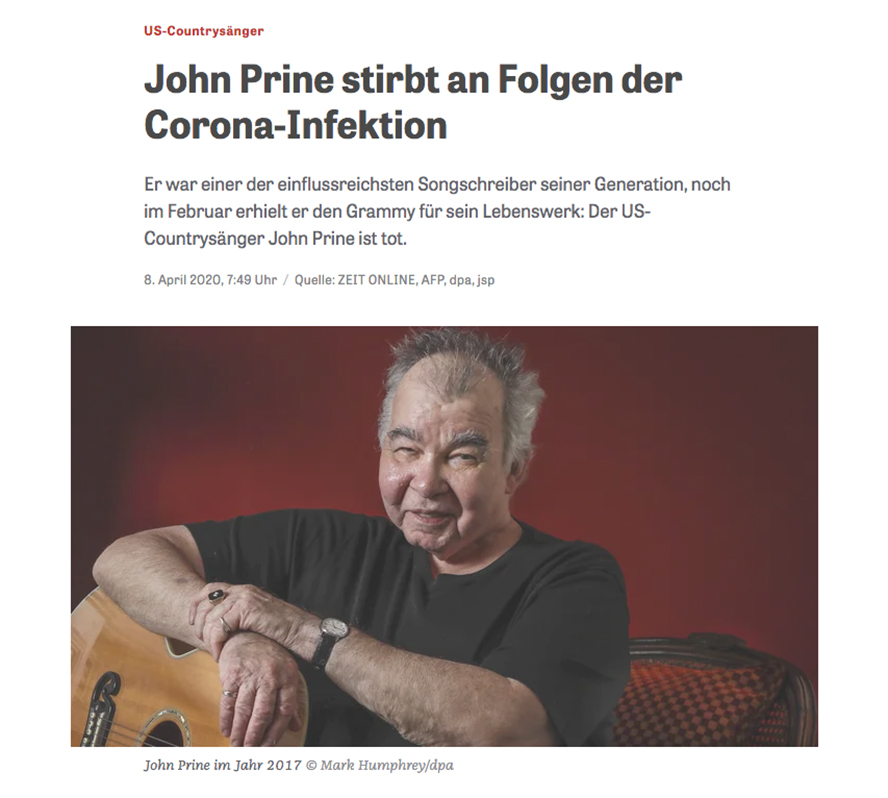 Wow! After losing Bill Withers a few days ago it’s really hard to accept the loss of another giant like John Prine. A lot of the superlatives I used for Bill apply equally to John though they were entirely different artists coming from entirely different worlds. John was a vessel of truth as well. In songwriting honesty is the greatest attribute. If a songwriter or a song can stir up emotions inside us that are undeniable then they have achieved their goal. It’s like they say about comedy- “only the truth is funny”. In songwriting- “only the truth can make you cry”.

When I was fifteen or sixteen my brother turned me on to the first John Prine record. To this day it remains, in my opinion, one of the greatest records by a singer-songwriter ever…..EVER! Although it had been out for a few years at that point and I was aware of how many of my older brothers’ hippie friends had it in their collections, I wasn’t ready to digest it till then. I was just starting to go down the beautiful rabbit-hole of singer song-writers and discovering the importance of folk influenced music when I heard this masterpiece. It completely floored me. After that I would discover the others (Bruised Orange and Sweet Revenge hit me hard as well) but the first album was so different than anything we'd ever heard. It blind-sided us the way only a first impression can. Songs like Paradise, Hello In There, Six O’Clock News, and Sam Stone which were among the heaviest songs I’d ever heard- were counter-balanced by the more poignantly humorous (but no less brilliant) gems like Donald and Lydia, Angel From Montgomery, Pretty Good, and Illegal Smile- and they were all on one album. This was also about the time I had started to sneak into the local folk club in Asheville. The drinking age at that time was still eighteen, but looking back I’m not sure how a fifteen year old managed to not get thrown out. Consequently, I was beginning to check out all the local folk heroes, all of which played their own songs with some favorites of the scene peppered into their sets. Each one worshipped at the altar of John Prine. I heard a lot of John’s songs for the first time being performed by these local singer-songwriters and would eventually wind up playing some alongside them. The first time I played on stage was in this club and it was experiences like this that played a big part in me becoming a “lifer”.

Fast forward a few years- I had the opportunity to see John Prine perform live for the first time in the auditorium at LSU in Baton Rouge. This was 1980 or 1981. I’ll never forget sitting in the audience- a packed house- when he played Sam Stone. One of the heaviest things I’ve ever witnessed was a few thousand people singing the chorus- “There’s a hole in daddy’s arm where all the money goes- Jesus Christ died for nothing I suppose”. I cried like a baby- one of many times I’ve cried while listening to a JP song. 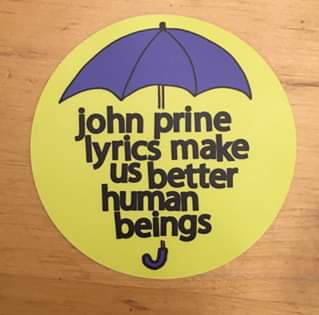