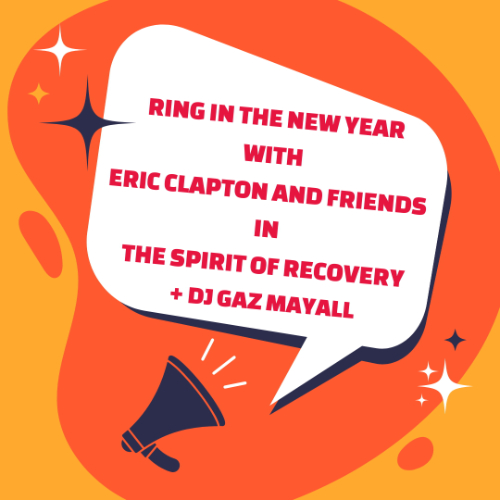 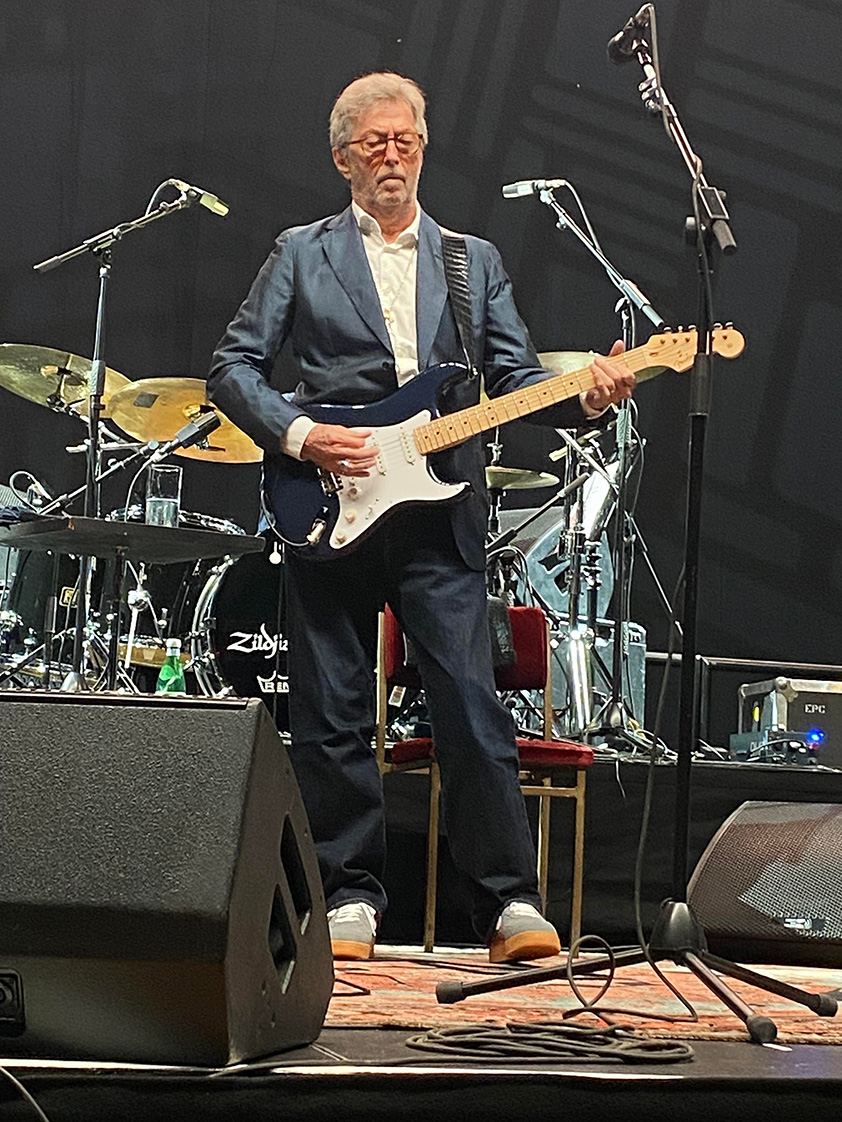 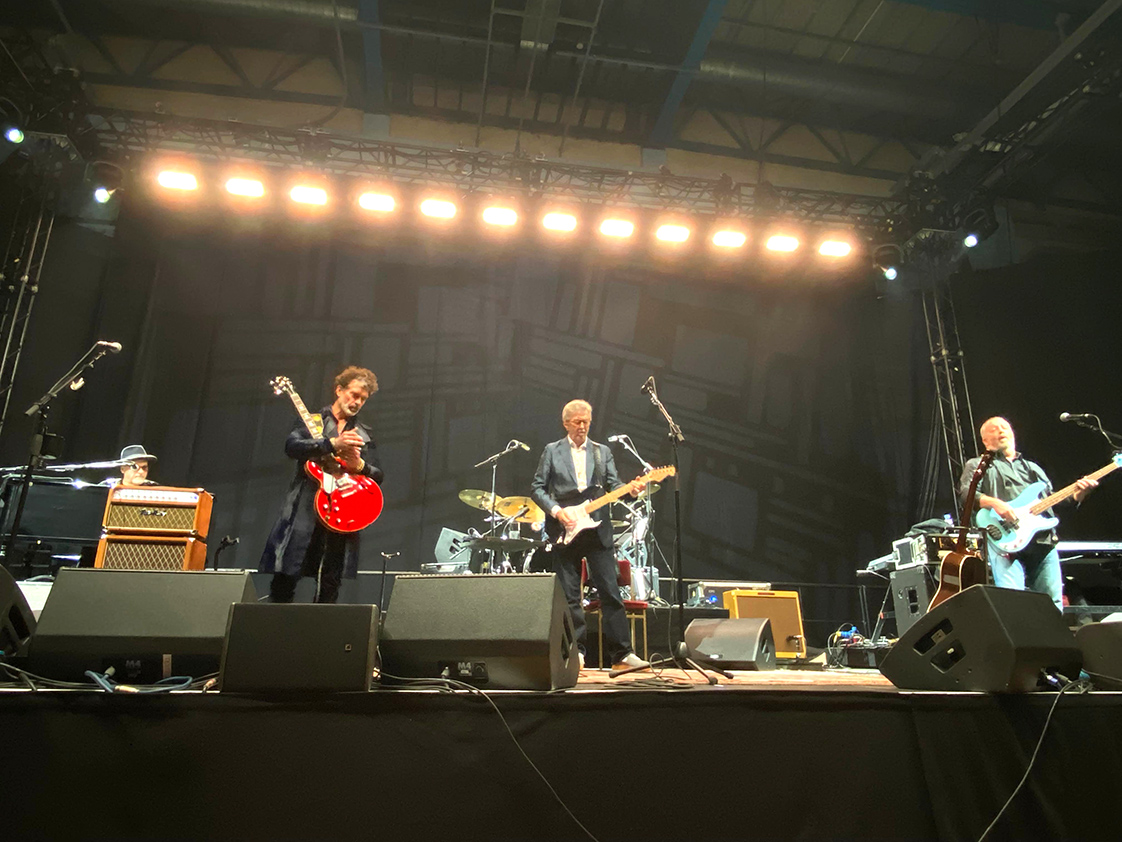 31st December 2022 - Eric Clapton and The Promises @ Woking Leisure Centre (GB). Eric Clapton hosted a secret, alcohol-free New Year’s Eve party almost every year from 1992 until 2012. Admission was by invitation only. The reunion concert was initially supposed to be that way too but Melia Clapton soon promoted it on her Facebook and Instagram page TUFR (Turn Up For Recovery) without mentioning her husband’s name. On 23rd December 2022, the sober and substance-free event was announced as Eric Clapton & Friends and tickets went on sale to the general public for the first time. It was a surprise though that it still didn’t sell out. The eldest son of John Mayall, DJ Gaz Mayall, entertained us between the various sets and Tumbling Dice were the supporting act. Eric told us that he was going to play this show in honour of his friend Gary Brooker (†19th February 2022) and for people who didn’t know what to do on New Year’s Eve. Gary was in Eric’s New Year’s Eve band right from the beginning. They always performed under an unusual name, such as the Trusted Servants, the Half Measures or the Happy Destiny. Eric admitted that they were a little rusty, but old friends making music together in memory of Gary was all that mattered. In my dreams I had hoped for more Brooker songs but there were only two, Lead Me To The Water and A Whiter Shade Of Pale. Instead, they chose tunes they used to play with Gary, such as Blueberry Hill, Sweet Little Rock And Roller and Little Queenie. Paul Carrack took the lead on How Long and Doyle Bramhall II on Stormy Monday and She’s Alright. Franky Brooker was invited to say a few words and although she was in the audience, she did not speak, so Eric continued with Lead Me To The Water. Tumbling Dice were back before midnight for their second set with frontman Nicky Griffiths doing his famous headstand and Eric and The Promises took to the stage again right after midnight. They had almost finished Call Me The Breeze when staff asked Eric to stop the show due to a medical emergency in the audience. It took several minutes to get the all-clear and they had to skip a song (Before You Accuse Me) in order to not break the curfew. They proceeded with a beautiful version of A Whiter Shade Of Pale with Eric and Paul Carrack trading vocals. It caused a lump in my throat and although Gary wasn’t there, his spirit was felt. I missed him and Andy Fairweather Low who was at home caring for his seriously ill wife. Despite the sad reminder that life is far too short, there was no better way to spend New Year’s Eve and it showed a side of Eric that you never get to see at his regular shows. He was very relaxed and enjoyed himself. We had a fantastic time and it was a pleasure meeting fans from all over the world, the only regret being that this reunion was (probably) a one-off.
Eric Clapton - vocals/guitar, Doyle Bramhall II - guitar/vocals/harmonica, Dave Bronze - bass/backing vocals, Henry Spinetti - drums, Paul Carrack - organ/vocals, Chris Stainton - keyboards
No cameras, no recordings, cell phone pictures were okay (below is one of two photos that turned out quite well). 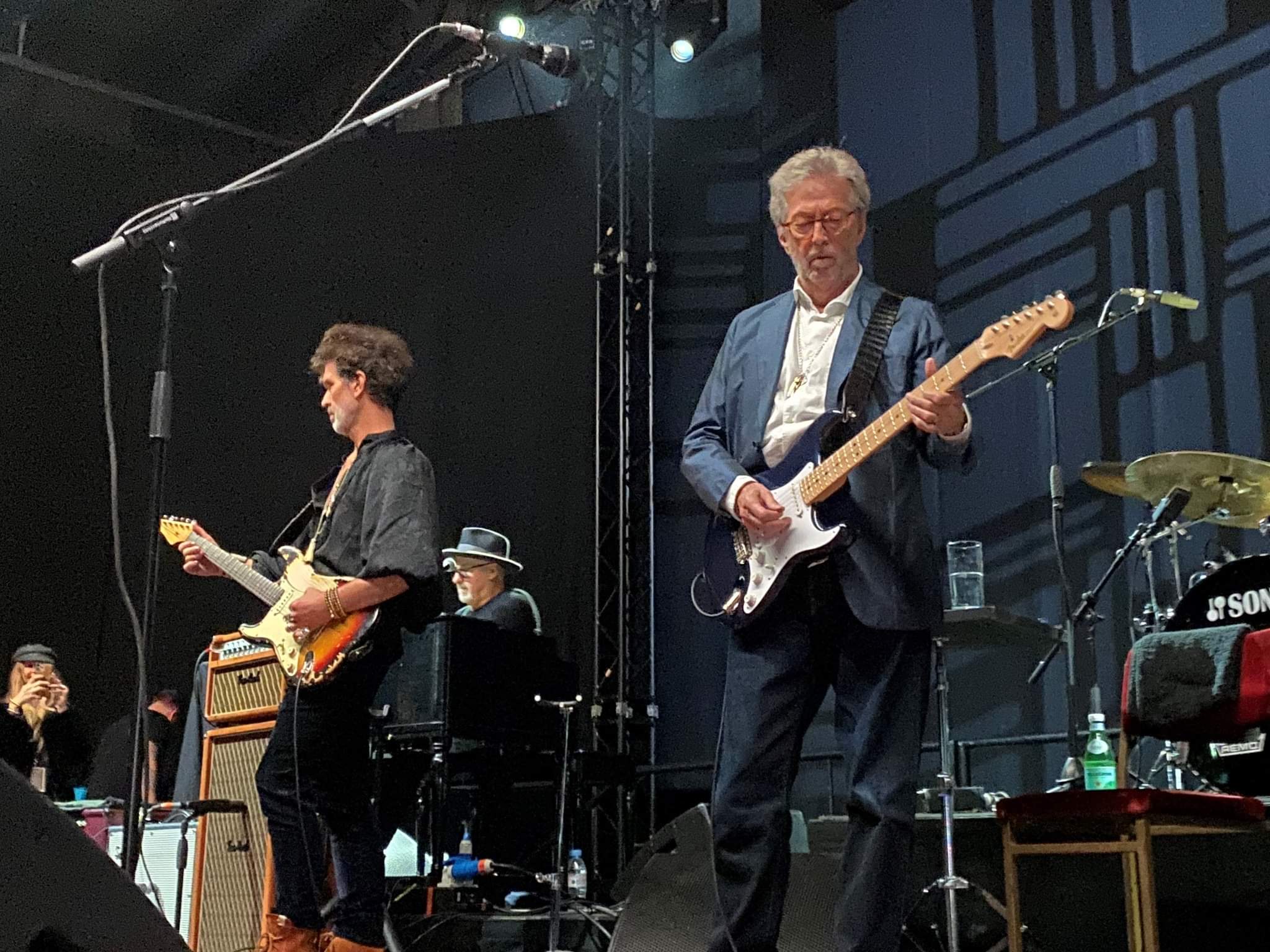